Cart has been updated!

History
After successfully launching and selling a number of
non-sailing related businesses Gideon Goudsmit couldn’t find a production cat to his liking. Rather than build a custom boat for himself he built a company to build his ideal boat and share his vision with others.

Although he has over 40 years of cruising experience, he understood that in order to build the right kind of boat he needed to hire the right professionals. Armed with the knowledge of how to run a business AND what makes sense in a boat, he assembled a company designed to produce a catamaran using modern design techniques and materials.

Sailing
While the physics of sailing haven’t changed over the last several decades, our understanding of it has been refined. In parallel with this deeper understanding came the development of many new materials and construction techniques. The past couple of decades have seen the acceptance of the cruising catamaran into the mainstream of sailing. While these boats were able to deliver on the promise of comfort and room, for the most part they fell short on the promise of fast sailing. In the seventies Hobie Alter changed the sailing world by launching the Hobie Cat series of beach catamarans. These boats were embraced by hundreds of thousands. The guys and girls who sailed these cats eventually outgrew them. They became older, had families and generally moved into a lifestyle where the deficiencies of a small cat (wet, easily tipped and requiring a level of agility that many loose with the passage of time) made them unusable. None of these sailors left the catamaran scene because they suddenly wanted to sail slower. Anyone who has ever owned a fast beach cat has come up against the problem of finding a worthy follow-on boat. They had no choice. That is, until now! We invite you to enter the world of AFRICAN FASTCATS/ GREENCATS. 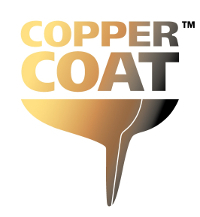